The other day, when we had to pop into Barnsley to run some errands, Mr CTC and I tried to liven up an otherwise dull afternoon by having a spot of tea at The Victorian Tea Room in the Arcade in Barnsley. We went along at about half past one, so strictly speaking, too early for tea, but this was based on our previous experience with them, when we turned up hoping for tea at about ten to four in the afternoon. This was apparently too late for them, as they usually close at four. Needless to say, we found this a little odd, as four o'clock in the afternoon is traditionally tea time. Anyway.

So, the other day, we sat down for what was really lunch, and ordered, hoping that the food would live up to delightful ambience and cute surroundings. Each table had a white and red tablecloth (well, paper tablecloth, but the thought was there), and a small vase of (plastic) red and white flowers. You can't blame them for trying. Another vase held red and white paper napkins to round off the colour scheme. 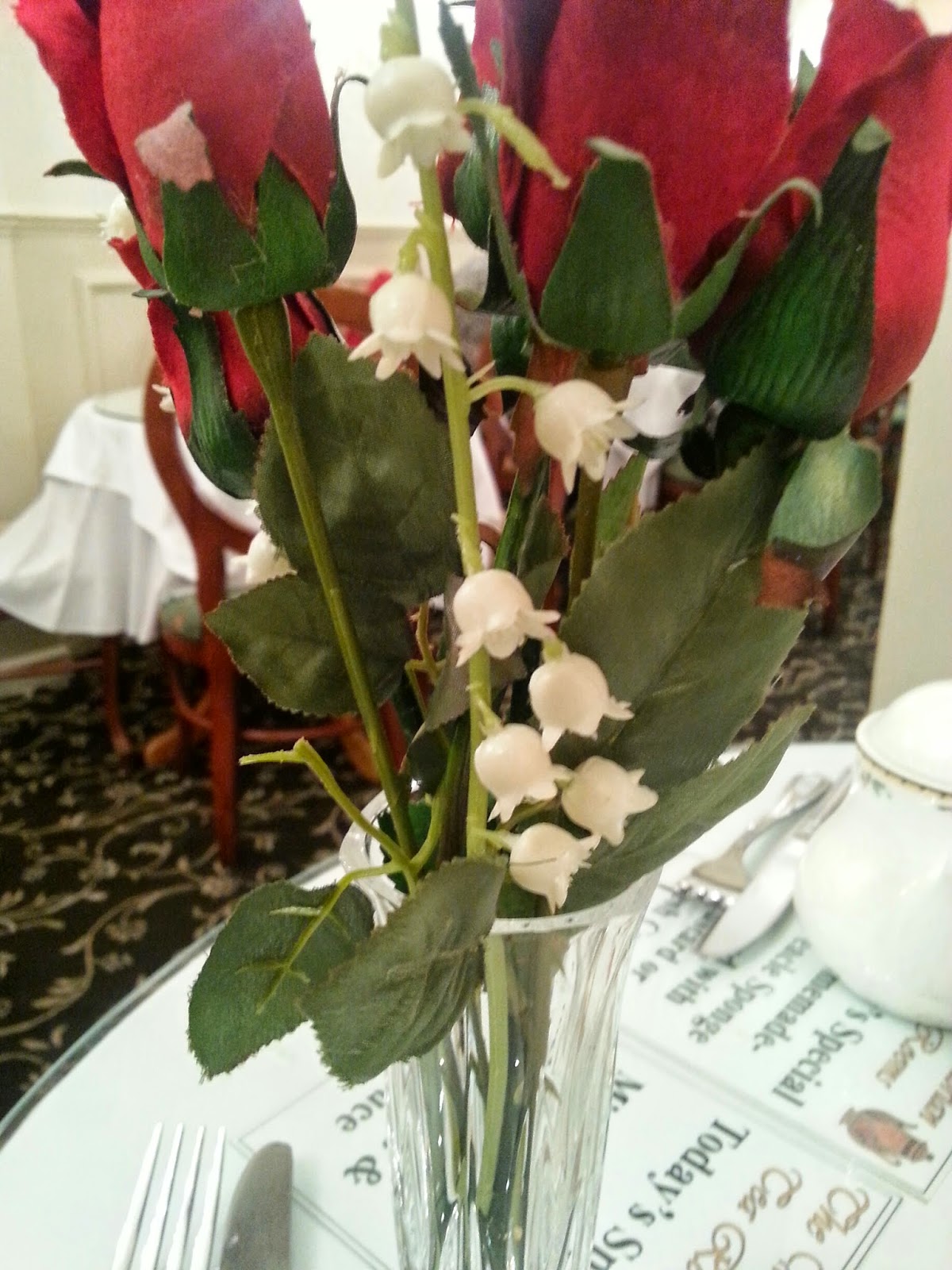 When the (very nice) proprietor brought the tea, I was pleasantly surprised. The teapots were ceramic, and the crockery pretty and in keeping with the Victorian theme. I liked the inclusion of an extra pot for hot water, which is always a nice touch. 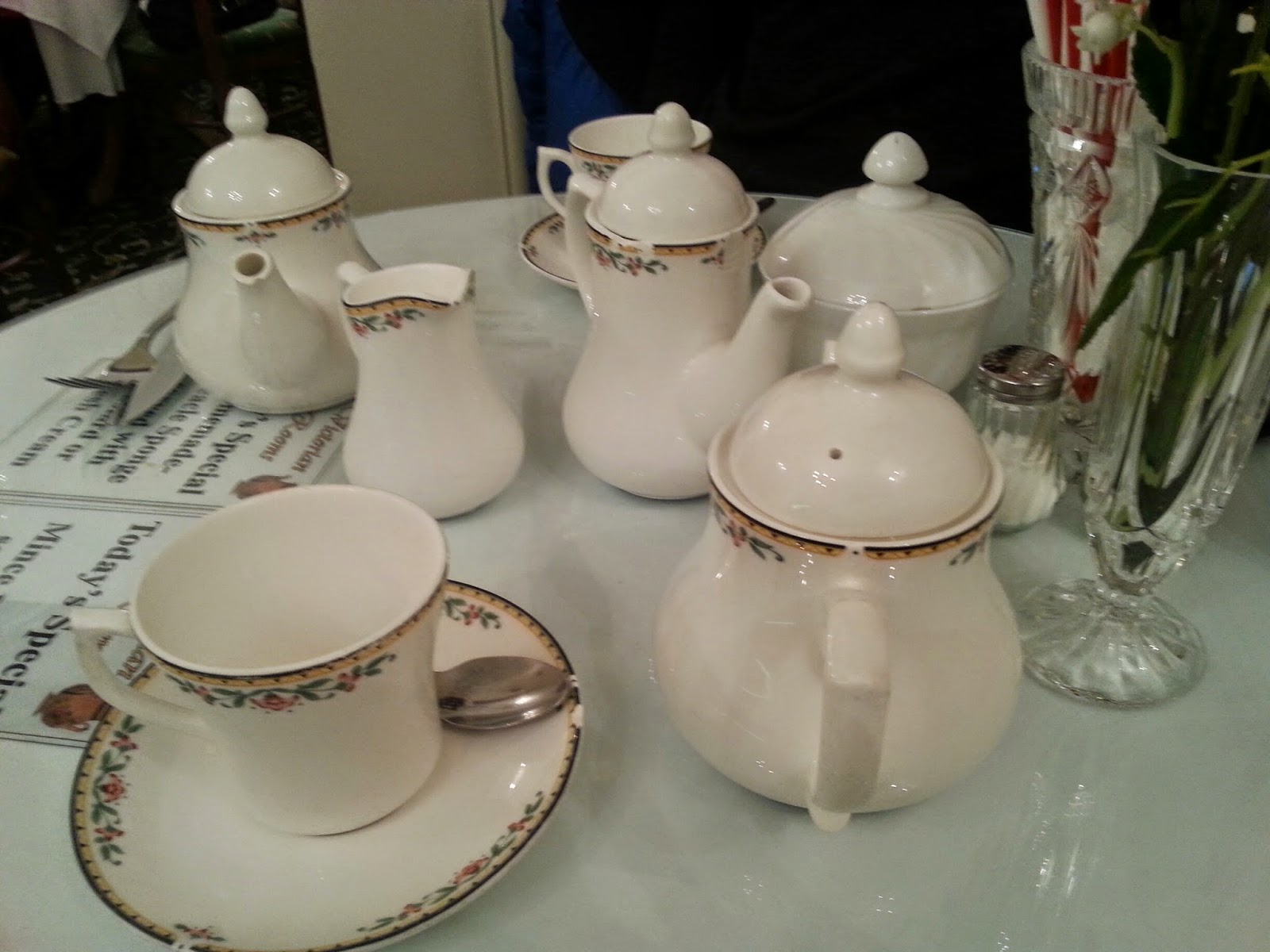 The sandwiches were well made (mine was tuna mayonnaise, again), if a little ordinary, but nicely accompanied by crisps and a little salad. 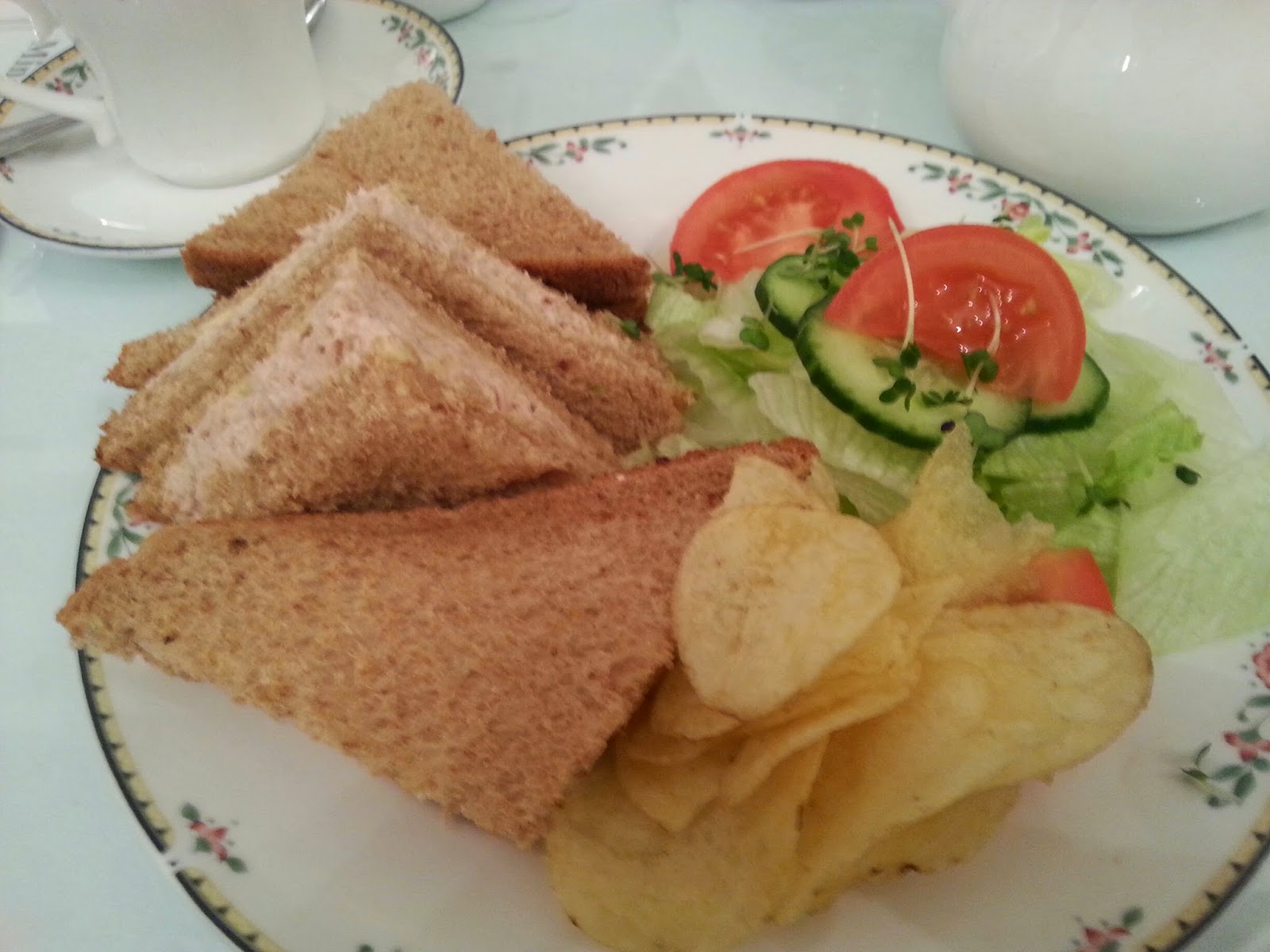 The cream tea was very nearly perfect, as the jam and cream provision was decanted and not encased in a little sachet or packet, and - joy of joys - the cream was clotted. Unfortunately, the scone, although large, was cold, plain and singular. 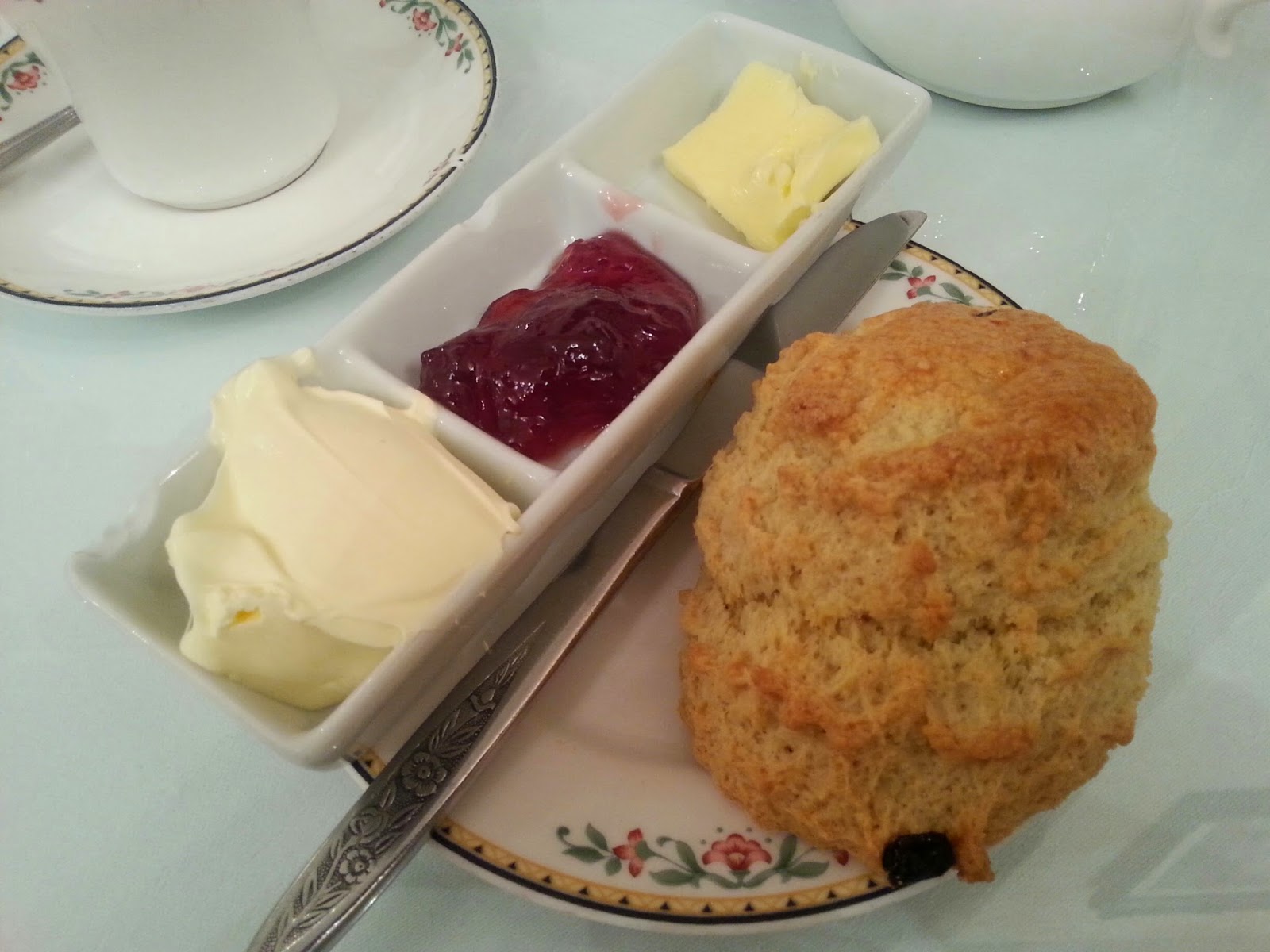 Overall, the Victorian Tea Room scored 6/10. Not bad, not bad. We will certainly be back, as now that we know about their 'eccentric' opening hours, we know that it offers a good incentive/consolation for running boring errands in 'town'.
Posted by CreamTea Crazy at 08:23